Part 2 – How to Perform The Olympic Lifts (Clean and Jerk)

by Kyle Paraggua / Thursday, 13 November 2014 / Published in All, Olympic Weightlifting

In part one of how to perform the Olympic lifts, I showed you the gist of what a snatch is and how to perform it. The clean and jerk is somewhat similar but it is a two-part movement that requires you to lift the bar to your shoulders, stand up straight, and jerk the bar overhead to arm’s length. This movement requires both raw strength and speed.

Note: Prior to performing the clean & jerk, you want to make sure that you can rack the bar in a standing front squat position (the receiving position). Here’s a video on how to front squat:

***
The Clean and Jerk
Note: Most of the steps are similar to the snatch until you get to the third pull.
STEP 1 – CLEAN GRIP
A clean grip is narrower than a snatch grip, it is usually wider than shoulder width. Again, we are gripping the bar with a hookgrip. 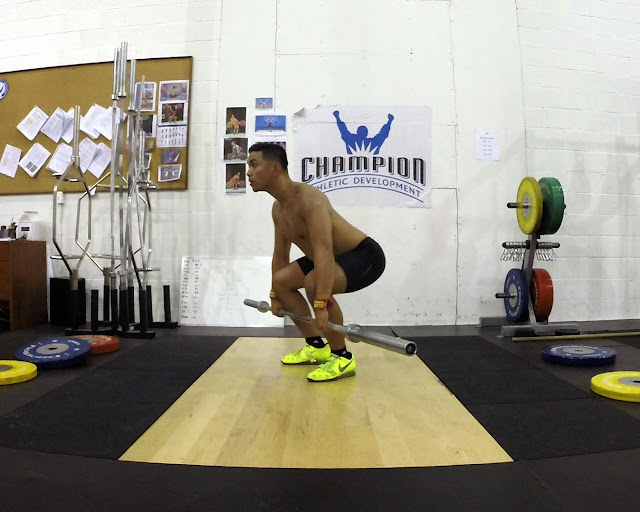 The start position for the clean and jerk is very similar to a snatch. The feet should be shoulder-width apart and the bar should be placed over the mid-foot. Depending on your mobility some people start at a quarter squat (partial hip and knee flexion), or a full squat (full hip and knee flexion). If you really lack mobility, I recommend starting from a hang position. 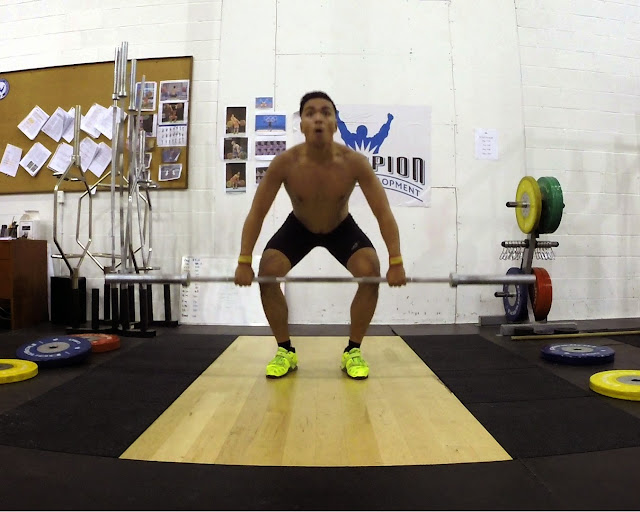 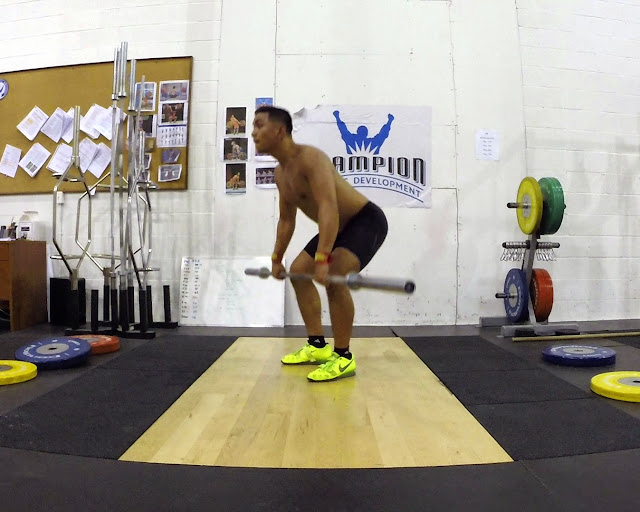 You are going to pull the bar up to your knees while keeping it very close to your shin. You should keep the feet flat and the arms should be relaxed and not tensed (I will explain this later). During this pull, the torso should remain roughly at a 45 degree angle and the only thing that should be rising is the hips. Also, this should not be a violent movement because it will not translate well to the second pull. 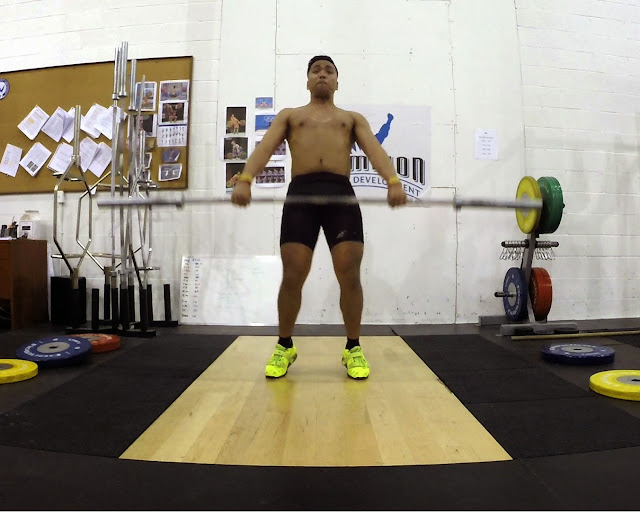 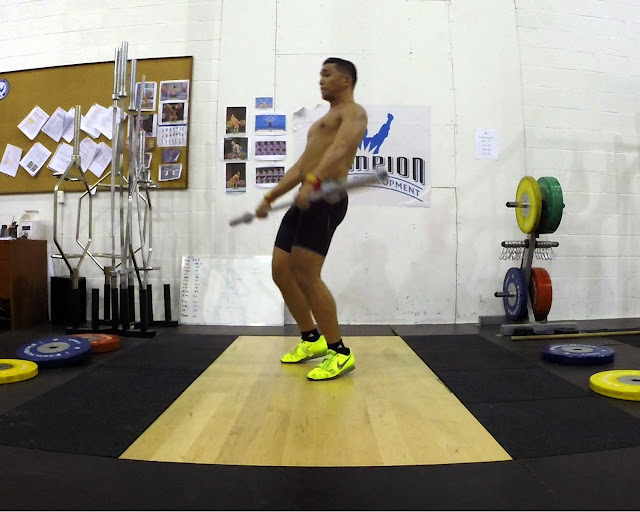 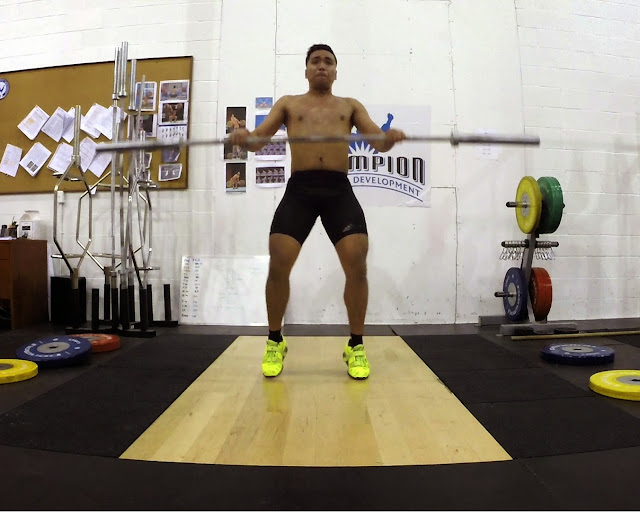 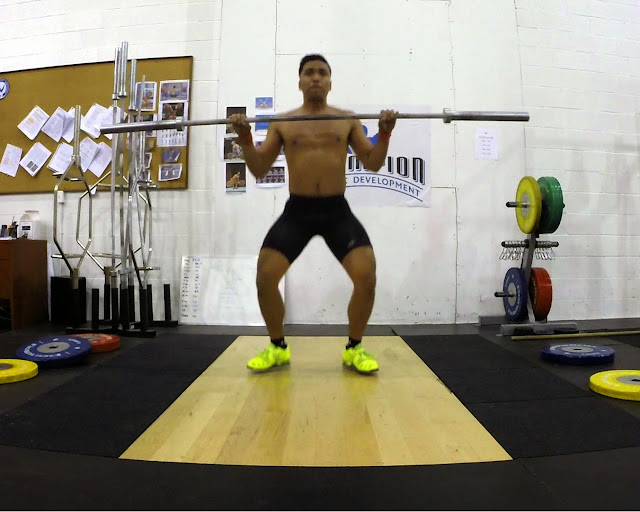 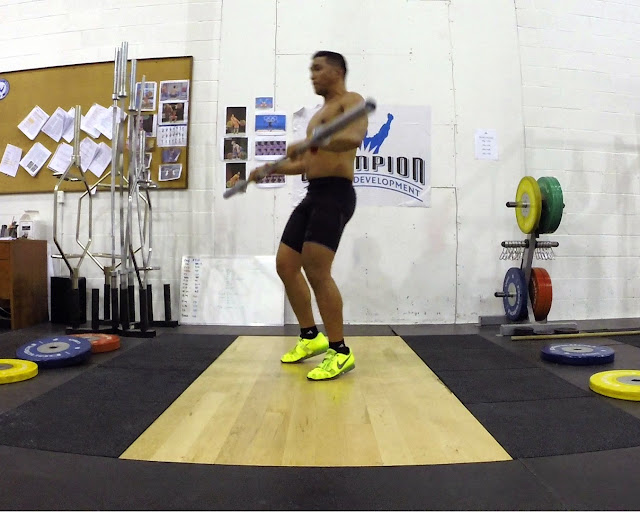 This is when the bar has reached its highest peak and now you have to get under it. You are going to “pull” yourself under the bar, and you are going to punch your elbows forward.
STEP 6 – THE CATCH & RECOVERY 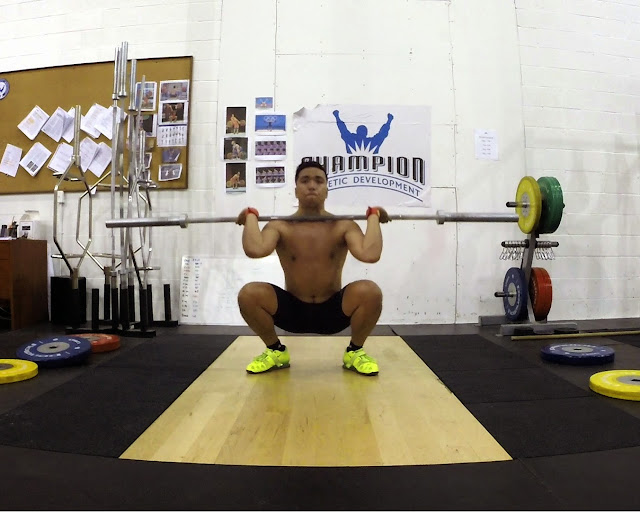 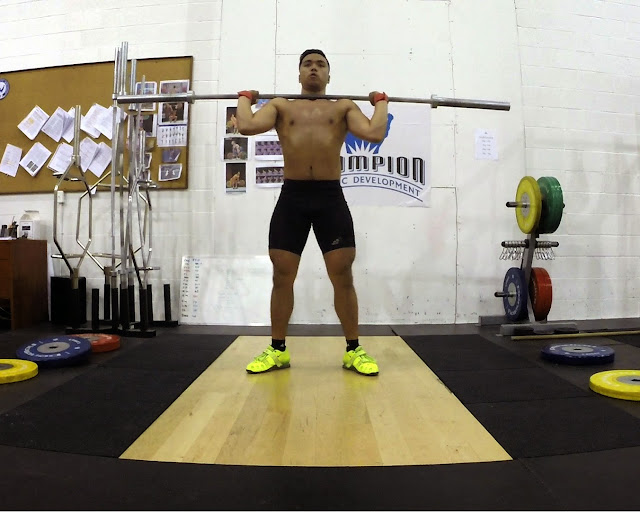 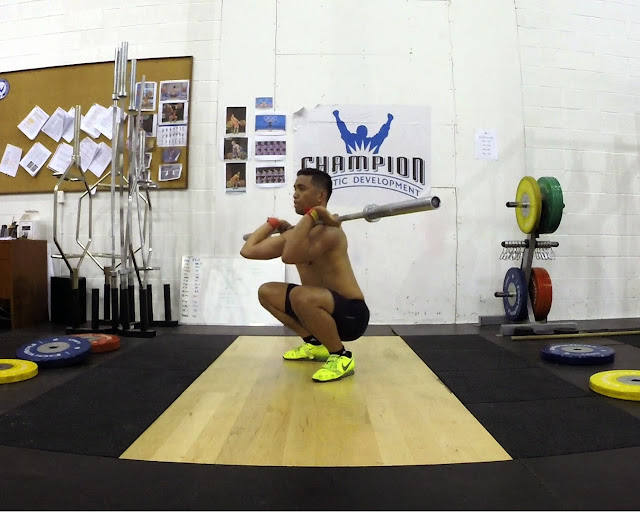 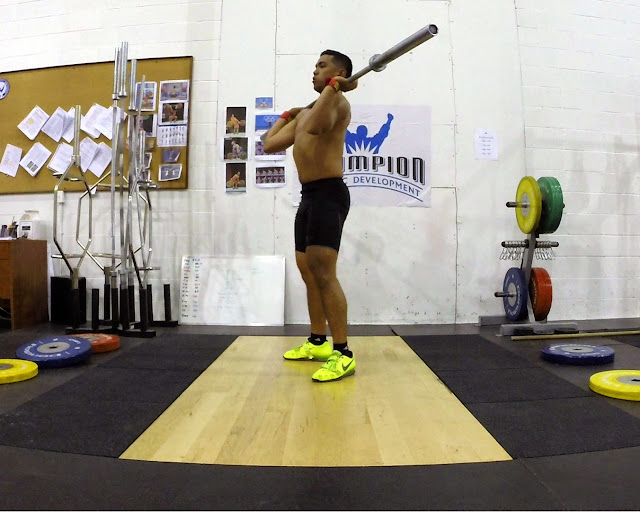 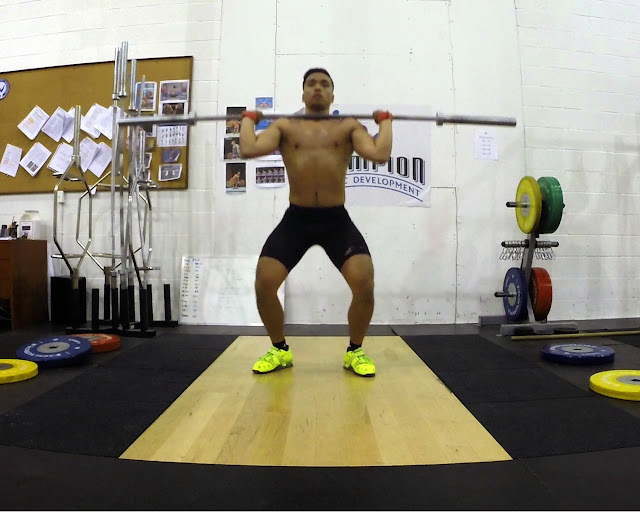 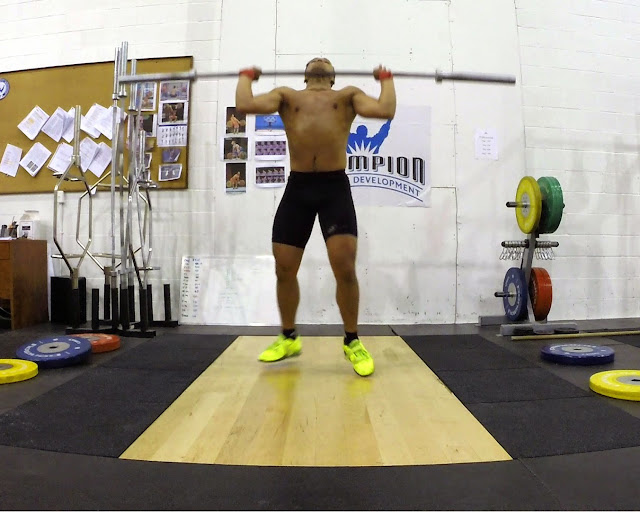 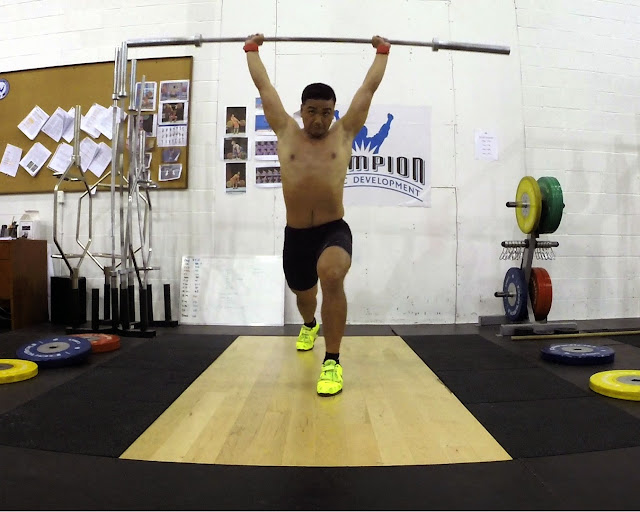 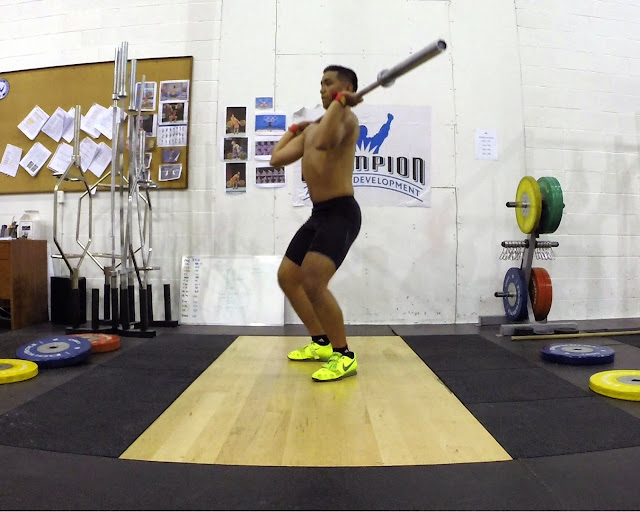 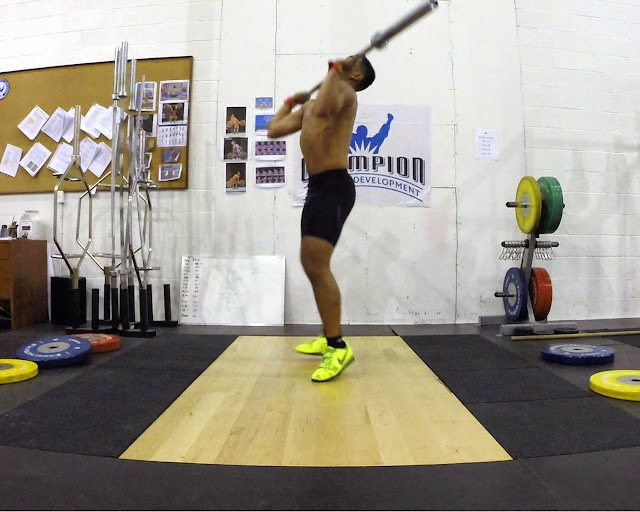 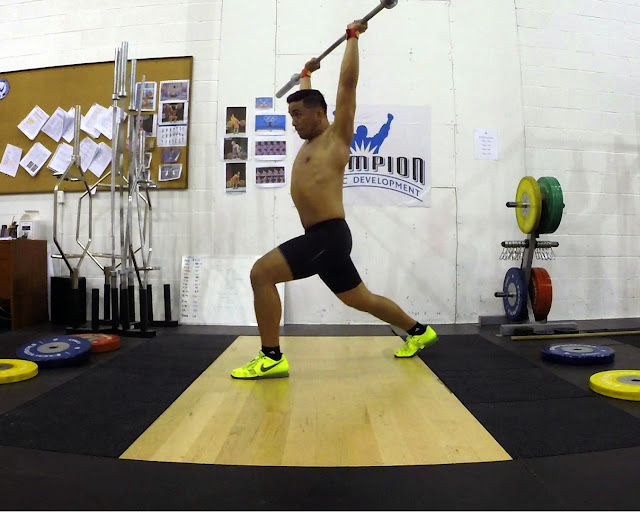 In a front rack position, you are going to slightly flex on the knee (make sure the knees doesn’t pass the toes) and you are going to use all that power to push the weight up with your shoulders and then the arms. Depending on preference you can split jerk, power jerk, or squat jerk to catch the bar up top. 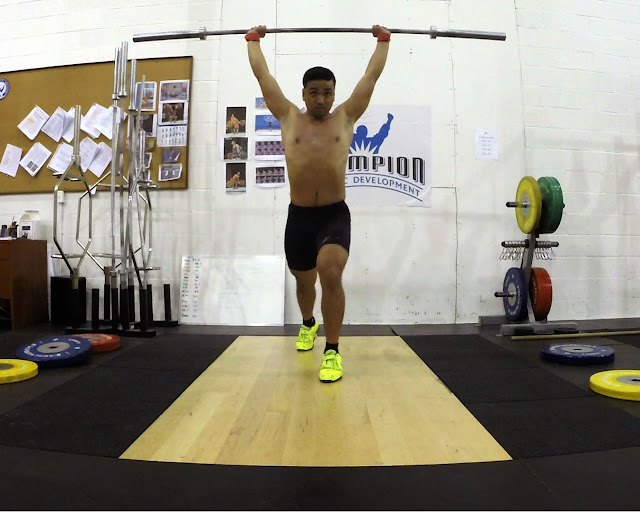 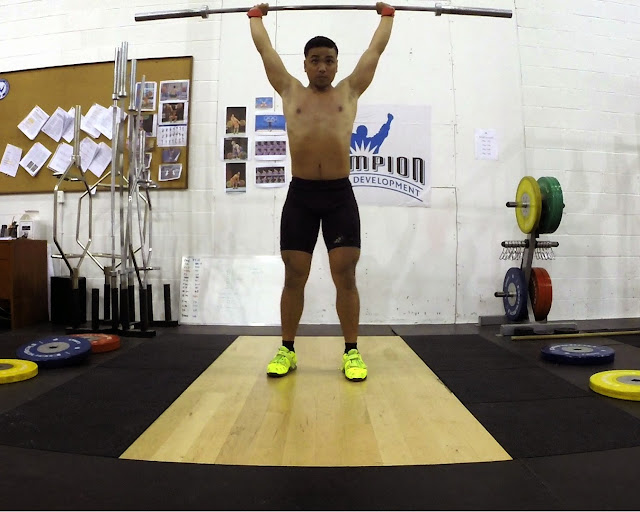 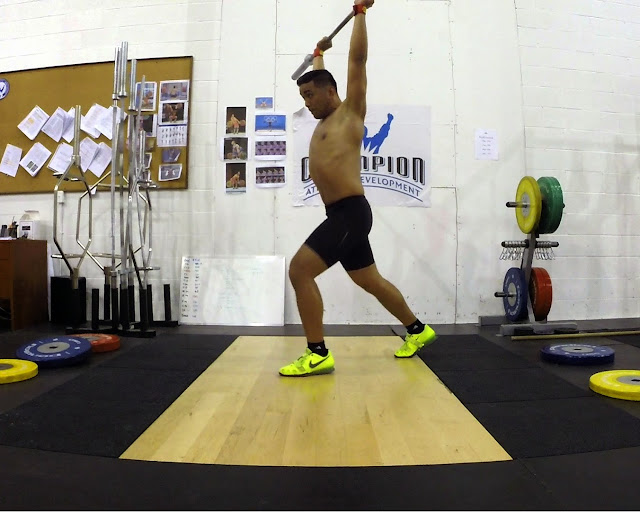 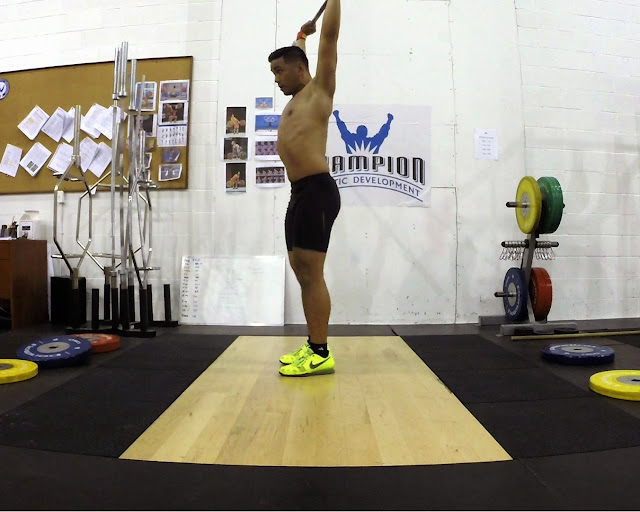 Once you catch and stabilize the bar up top, in the split jerk position, you will pull the lead foot slightly back and step forward with the back foot until you are standing stance. In a push or squat jerk, all you have to do is stand up (It’s easier said than done)

Note: The push and squat jerk requires a lot of shoulder mobility which makes it harder than the split jerk.

I highly recommend that you find a good weightlifting coach to help you become more proficient in both the snatch and the clean & jerk. Also, don’t forget to check out this article from Roy Michael Gentry about “A Comparison of Two Instructional Methods of Teaching The Power Clean…”

I hope you enjoyed this two part series on how to perform the Olympic lifts. Please comment below if you have any questions and suggestions! #StayGritty

What you can read next

When in Doubt, Squat it Out!

3 Myths About Strength Training For Women

Why I Love the Snatch Deadlift